Building sliders and the prep, session, and recovery screens 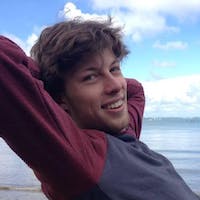 Subscribe to my newsletter and never miss my upcoming articles

It's been a slow process of building the app this week as other things have gone in the way. Luckily, I got a bit done last weekend, but all in all probably a short post.

I scaffolding out the initial rating screens. I have built one for Prep, Session, and Recovery. The general idea is that here: users can collect some stats about their build-up to the exercise, some data about the actual session (i.e. hydration and nutrition), and some recovery information. This will be useful data to compare different runs - ones that went well and ones that did not. Also, this data will allow some recommendations to be made to users about how they could improve their training. For example, taking nutrition on long runs or drinking more water before an activity. It's similar to what Strava has added recently to their activities. Strava has a perceived effort metric which basically is a 0-5 scale of effort, so this follows a similar logic. However, The Training Log allows for greater granularity as it'll you to track not only effort, but mood & motivation, hydration, nutrition, and additional metrics for those that want to use the app in this way.

The sliders look pretty good - and are just a jazzed-up variant I found in the Material UI documentation. I've added some emojis and used the typical Material UI card layout and styling. It's been thrown together a bit hastily but is a good bit of progress for so little time.

The second piece of work that I got done was the secondary navigation. The tabs along the top of the screen should now function correctly. This was a neat win because it was pretty simple.

I need to do some work to fix the deployment - I've changed the terminal on my mac, so I've lost a bunch of the firebase setup, which I should be able to get around to at the weekend.

Anyway, here's hoping for a more productive week next week.